Our day began with a short but steep hike to watch point one.  It was difficult to find the trail and we asked a local lady for help and she pointed in the general direction we needed to go.  When we arrived at the monitoring station I saw several people standing and looking through binoculars, and there were also about five spotting scopes set up.  The hike to the second watch point was about a half an hour longer than day one and it provided great views of the Black Sea and surrounding areas. 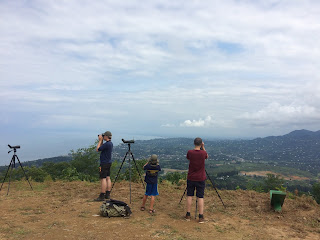 We saw a couple of raptors at a distance but we were about ten days early for the major migration.  The main thing I learned was that each person is assigned a different sector, for example, west 1, west 2, west 3 and  east 1,2,3 and so on.  To make sure they identified the sex and species correctly, an observer would call out the region and species for example, "east 1 honey buzzard adult male."  Then the other observers would check and confirm the identification. 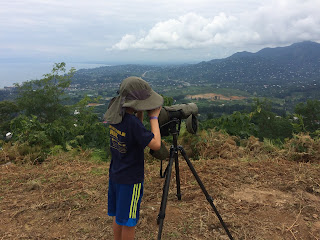 We also learned that the raptors migrate from Russia all the way to Africa without eating.  The area we were in is a "bottleneck" between the Black Sea and Caucus Mountains and in the height of the migration they count tens of thousands of raptors per day.  Please look at the Batumi Raptor Count website to learn more about it. 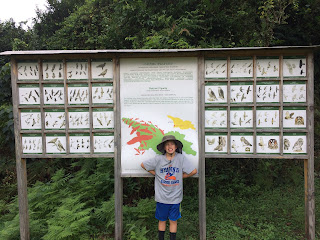 Posted by sammy the hoopoe at 7:49 AM